Everyone is familiar with the spring boxes attached to doors, which usually look something like this: 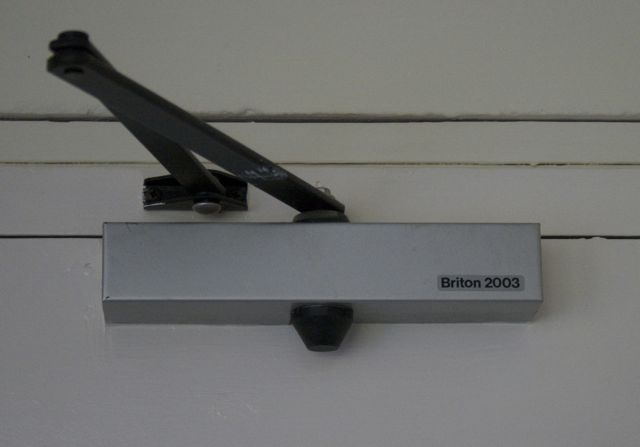 These are formally called “door closers”, and such devices are the cheapest way of conforming to the strict fire codes required in just about anything other than a single-family home.

In practice, a lot of closers stop you from closing the door quickly, meaning you have to leave it to the spring to close, but then they slam the door over the last six inches. If I were to carve a list of commandments to those around me, a prohibition on door slamming would be included.

It’s easy to adjust most door closers. They’re all fairly similar. To adjust the Briton 2003 pictured above, you’ll need:

First you need to take the cover off the door closer. On this model it’s attached by one small screw on either side. 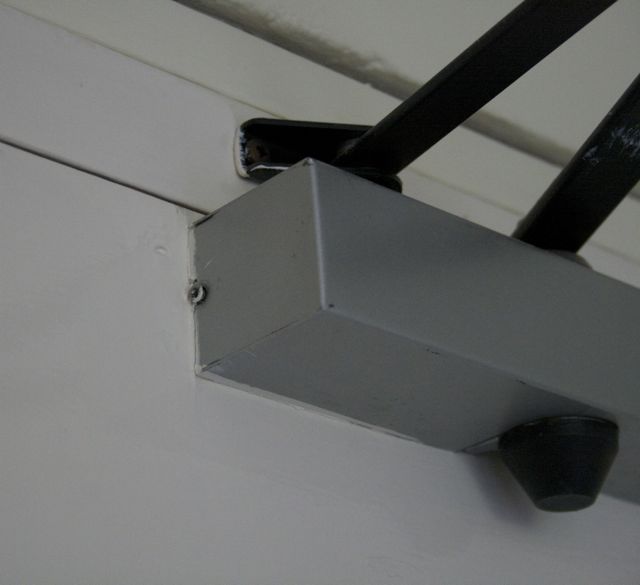 After removing the two screws, the cover should come off easily. 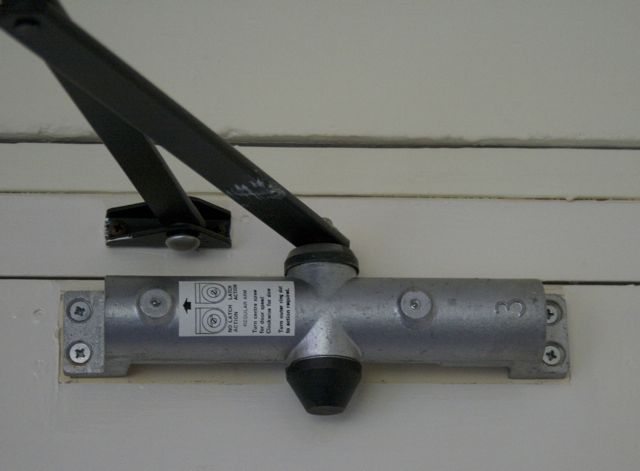 There are adjustment controls on the end of the cylinder. 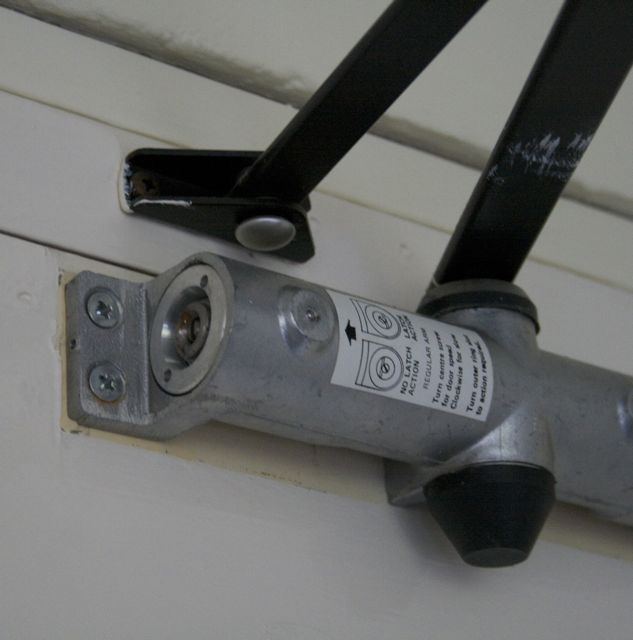 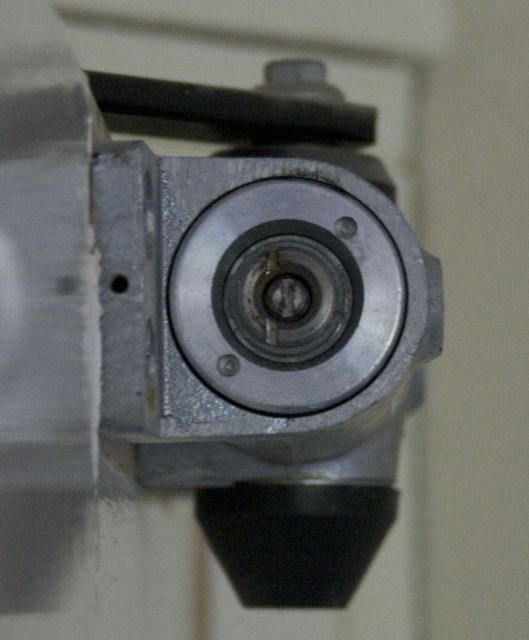 Around the center screw is a metal ring with two off-center notches. This ring controls whether or not the door is slammed over the last six inches (which is intended to overcome any resistance from the door’s latch), or whether it is closed smoothly the whole way. Rotate the ring 180 degrees to change the setting. There should not be much resistance to turning it; you should be able to turn it with the help of a flat screwdriver in the notch. It will probably only turn in one direction.

Even if your door has a latch, I recommend setting the door to close smoothly the whole way. You can then adjust the overall speed of closing just high enough to overcome the latch without slamming.